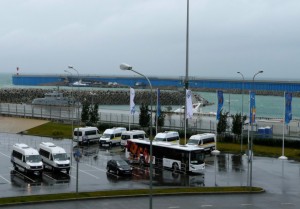 No not my computer… If the blogs look a bit goofy, it’s not a virus, but the fact I’m still learning to use this interface. Mind you, the virus in my throat and sinuses might have something to do with it.

Those who have followed my Paralympic blogs over the years will recognize the topic. The recipe goes like this: Take hundreds of athletes from dozens of countries, ride the fine line between peak performance and overtraining, put them is metal tubes at 35,000 feet for hours then mix them all up in a village and you get…some kind of bug going around.

In Sydney, I recall wondering if we’d even be able to get our wheelchair basketball team on the floor or have to forfeit the first game and potentially be disqualified. We managed (barely) and won Gold a week later. These viruses too shall pass! That’s why we bring our athletes in several days ahead to make sure they have time to recover should they catch it.

But they also pass to sleep deprived and overworked staff or volunteer and the occasional paralympic committee president…so today is my turn. I chose the perfect day. The weather has just turned nasty here but I can still hear the wind gusts from my desk in my hotel room. So I decided to get out of the room and take a couple of pictures. Hopefully they’re not too blurry because I could hardly stand on the balcony and I thought the curtain would rip off the rod and fly away.

Somehow biathlon still went on but alpine was cancelled. Curling and Sledge hockey won’t care since they’re played indoors. Could be the same tomorrow but it’s looking much better by weekend. 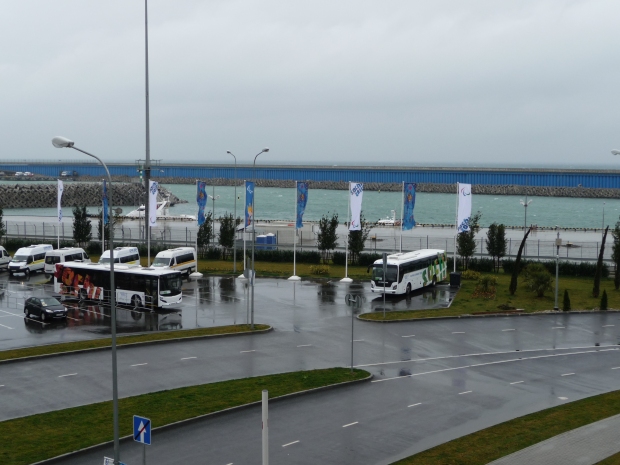 Looking at the Black Sea from my hotel room 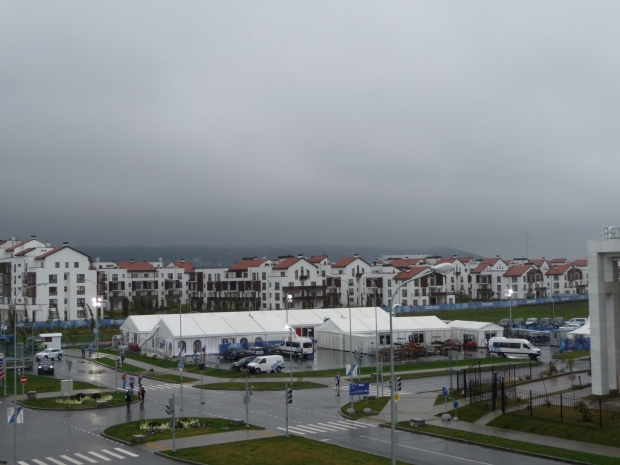